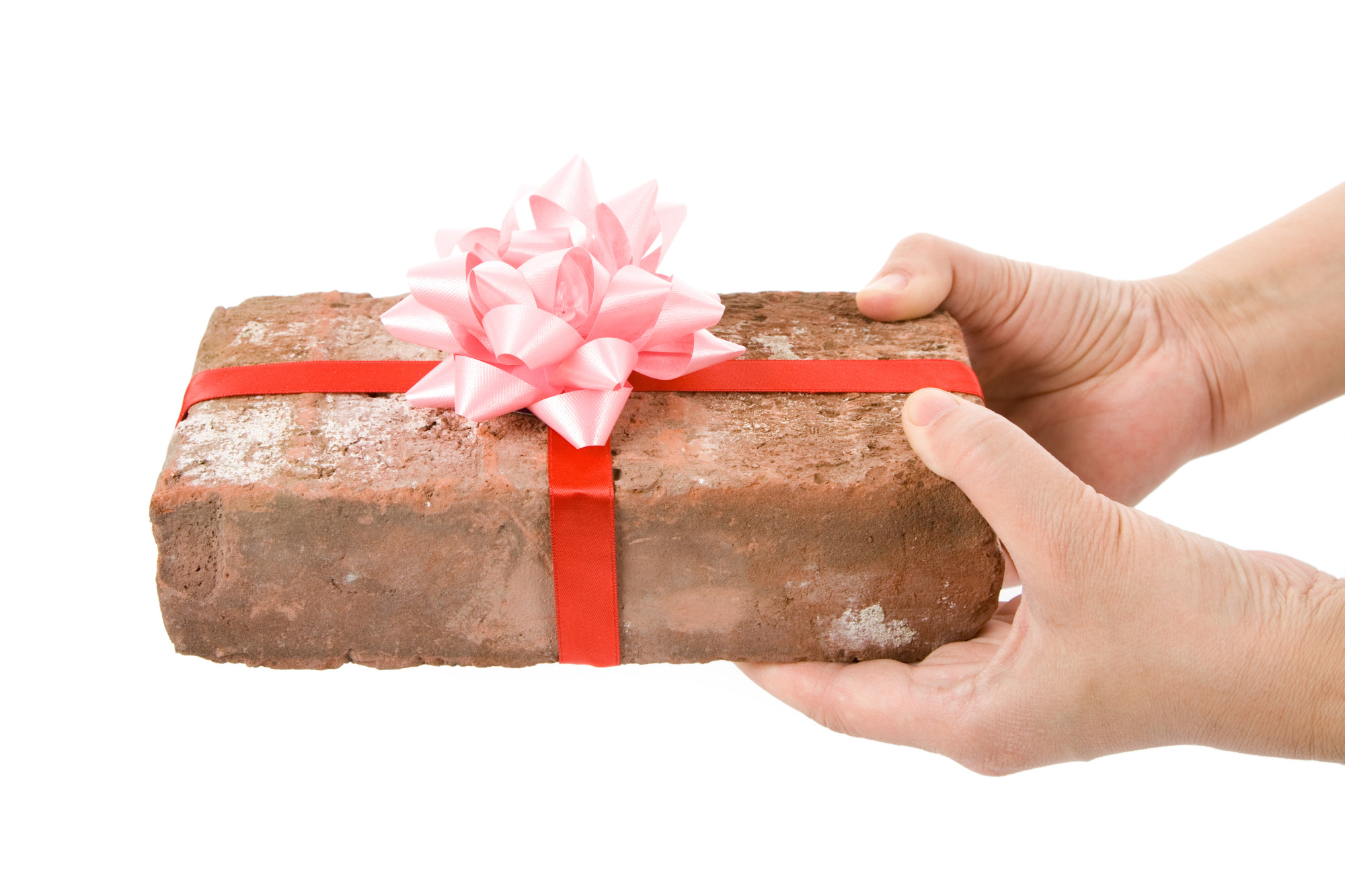 Americans are unhappier than ever before.

Indeed, we’re now back at miserable number 19 on the official list of happy countries.

That, according to the same source, represents a drop in rankings for the third straight year! Clearly, a thriving economy, low unemployment rates, dwindling crime (as well as the fact we’re the greatest country on Earth, of course) isn’t enough to brighten our moods.

It goes without saying that we could all do with something to lift our spirits.

Giving a gag gift to your nearest and dearest is one brilliant way to do exactly that. These funny gifts intend only to make people smile and give them a laugh. They’re the perfect antidote to sullen moods, dampened spirits, and general unhappiness.

Looking for ideas for the best gag gifts to give someone?

Read on for eight top gag gifts to brighten a loved one’s day!

Know somebody who loves their coffee?

Well, why not gift them a giant coffee cup to keep at home?

The hilarity comes from two sources. First off, these mugs are just funny to look at. Type in ‘world’s largest coffee up’ into Google and you’ll see what we’re talking about!

You’re giving someone the gift of awkwardness. No cupboards can hold these mugs, and no household would ever actually want one. Like causing trouble?

Think about offering it to someone with a tiny house or apartment!

Okay, so don’t actually give someone a goat…even if it would be hilarious.

Instead, provide them with The Screaming Goat figurine (which is just as funny). It’s exactly what it sounds like: a plastic goat. Perched on a tree stump, give it a press and it releases the loud and unmistakable sound of a screaming goat.

As far as annoying gifts go, you can’t beat (or should we say ‘bleat’) it.

The best part? You get a book with it that’s full of informative facts and goats. Yup- everybody needs one of those at home.

We know, we know: You shouldn’t play with your food.

But you won’t be able to stop with a set of Mr. and Mrs. Food plates. As you might expect, they’ve got faces printed on them.

It’s your job to move your food around the plate to change their personalities and expressions. These would be simple (and fun!) gag gifts for anybody with small kids.

Not sure what bullshit button is?

Think of a big red button with ‘bullshit’ written in bold across the top. Press the button and it sounds an alarm to let everybody around know when you think someone’s talking sweet BS!

We all have that one colleague who likes to talk rubbish. The next time they try, a quick push of the BS button would be enough to put them in their place!

Of course, it’s all a joke and to get people giggling.

We think they’d make the perfect present for anybody with a dry and sarcastic sense of humor. Just be prepared to hear the alarm sounding whenever somebody opens their mouth.

Someone calling BS on your diploma? Prove ‘em wrong and order a fake one today.

There’s just something inherently amusing about the idea of eating someone’s undies! Whether you’re going for bras, thongs, jocks or budgie-smugglers, there’s a pair of edible undies for the job.

We don’t know if anybody ever actually wears them.

However, you’re sure to raise a smile (and maybe a wink or two) from anybody to whom you gift them. Everybody from your colleagues and best-friends to partners and parents would be the happy recipients of these particular gag gifts.

Let’s stick with the same theme for a second:

Emergency underwear offers a funny alternative to the edible varieties out there!

There’s nothing quite like toilet humor to spark a smile in some people. And the idea of packing emergency underpants in work bags or travel suitcases might just do the trick.

Got a friend with a reputation for peeing their pants? Or a family member with a similar history? Maybe someone you know was particularly prone to potty problems as a youngster.

Whatever the case, these small-scale emergency undies would make an amusing reminder for everyone involve (assuming the recipient has a good sense of humor, that is!).

Socks don’t exactly have the best reputation as gifts.

They’re generally reserved for worst-case scenarios when you have no other idea what to buy somebody. Dads, boyfriends, and smelly teenagers come to mind!

There are all sorts out there. You can get socks covered with jokes or pictures of someone’s face. You can find socks with funny additions and clever designs. There’s no limit!

Personal favorites are socks with writing on the undersides. For instance, one might have ‘if you can read this’ on one foot, and ‘bring me some wine’ on the other. Now that’s funny.

Taxidermy’s something of a weird and wonderful practice anyway.

Which gives it the ideal foundations for a gag gift!

Think cats fixed in pained smiles, dogs in unfortunate poses, and birds with incredible facial expressions. These books would be awesome additions to coffee tables and bathrooms around the country. It’s hard not to ‘read’ them without cracking up with laughter.

We could all do with a bit more joy in our lives.

Give someone a gag gift and they’re sure to feel that bit brighter. Hopefully, the ideas in this post will help you find the perfect funny gifts for people in your life.

Want another idea for a fun gift for someone? Click here to buy your phony diplomas now! 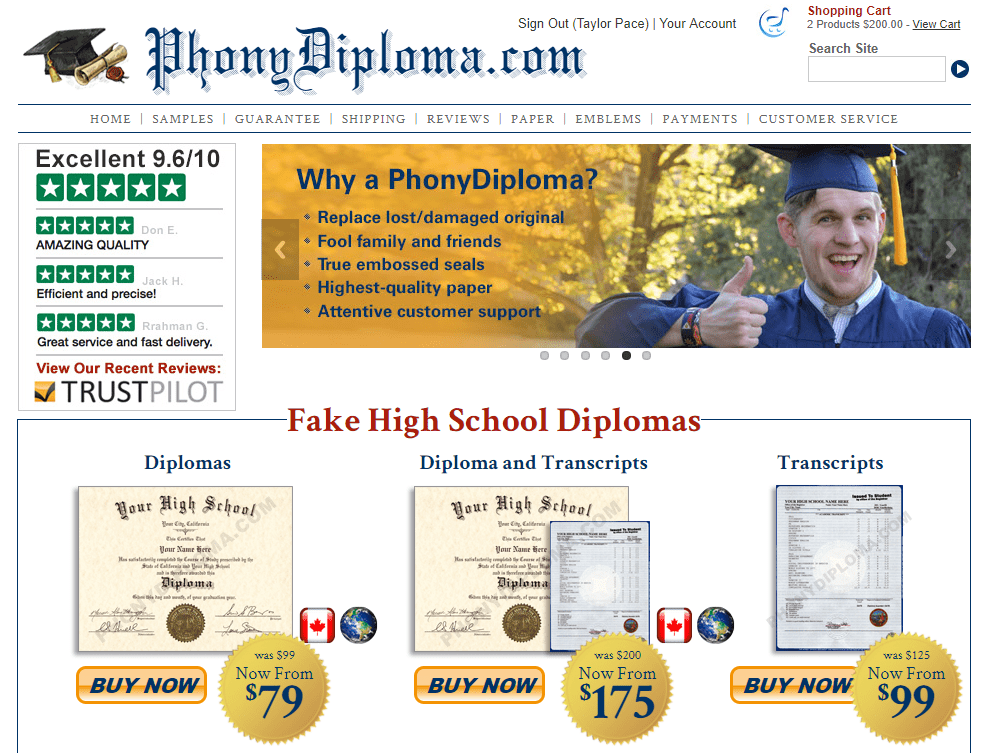